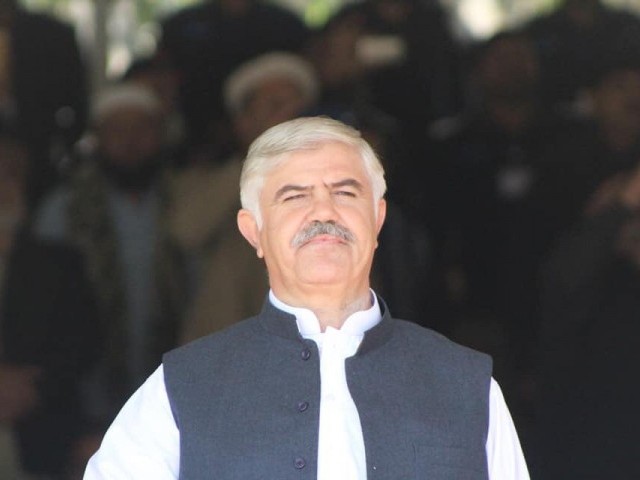 PESHAWAR: Khyber-Pakhtunkhwa Chief Minister Mahmood Khan has directed the finance department to ensure timely release of required funds for all development schemes that are due for completion in the province.

He also issued directives to quarters concerned for resolving the stalemate in the developmental work on Sakhara to Gabin Jabba Road within one week. He also directed for realistic alignment for the Matta bypass road further directing that an additional bypass from Matta Bazar should also be planned in order to curtail the existing congestion Matta Bazar.

While chairing the two different meetings on developmental schemes of Swat and other districts, the chief minister called for separate detailed presentations regarding the status of work on Swat Expressway and JICA assisted projects of rural roads throughout the province. Mahmood was briefed in detail regarding the status of works on different development schemes in Swat and Asian Development Bank assisted projects in the province.

With regards to the status of roads in Swat, the chief minister was informed that the construction work on Mangwaltan to Toha road has been completed for which Rs127 million were released out of the total allocated amount of Rs136 million.

The CM directed the Finance Department to ensure the release of Rs100 million in March next year to speed up the construction work on Kalam to Gabral road. The meeting was informed that Mingora-Jambil road and the 35km Manglawar to Malam Jabba road will be completed within the timeline.

Mahmood directed the quarters concerned to make necessary changes in the proposed alignment for Matta bypass keeping in view the possible flood damages in future directing that the protection of population should also be ensured as much as possible. He said all the developmental schemes particularly road communication-related projects should be planned on sustainable lines in order to cope with the requirements of near future.

He stated that completion of ongoing road communication projects would open the scenic sites of the province for tourists and create employment opportunities. He also called for a separate presentation on the progress of rehabilitation and construction of rural roads throughout the province.