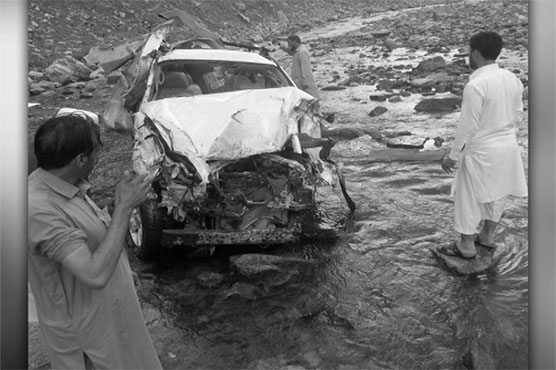 At least seven people were killed in two separate accidents in Swat and Lower Dir on Sunday.

SWAT/LOWER DIR (Dunya News) – At least seven people were killed and two others were wounded in two separate accidents in Swat and Lower Dir on Sunday, Dunya News reported.

According to details, first accident occurred near Mahudand Lake in Swat where a vehicle carrying tourists plunged into a deep ravine, killing four persons and injuring two others.

Police and rescue teams reached the spot and shifted the dead and injured to Kalam Hospital. Police sources informed that all deceased belonged to Lahore.

In the second accident, a truck collided with a car in Khazana area of Lower Dir due to which three persons including a child were killed on the spot.

JUSTICE MALALA: The ANC’s allies still put their selfish demands ahead of the future of SA – Rand Daily Mail

COAS to brief Senate on Tuesday on security matters – Pakistan

These youth activists will inspire you to change the world